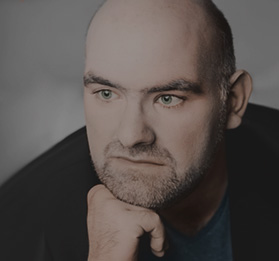 Bill is an extraordinarily versatile composer who, due to his profound knowledge of various musical styles and epoques, is able to draw his ideas out of many sources, and disposes of a vast musical vocabulary. His sacral, as well as his secular pieces, excel by a broad musical potential showing up in intensity of expression as to tonality and voice treatment, mastership in combining traditional and progressive musical ideas, and in particular by the sophisticated architecture especially of his sacral works that appeal equally to heart and mind.

Listen to the “Self Awareness Missa Brevis” or his “Ave Verum Corpus”, just to take one of many examples, and you will know what I mean. This is why I have entrusted several of my English texts to him to be set into music. The way he opens the musical dimension of language makes him an outstanding vocal composer. I am convinced that Bill Heigen will soon be known to everyone in the world who enjoys vocal music.