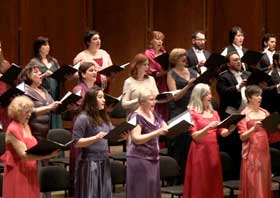 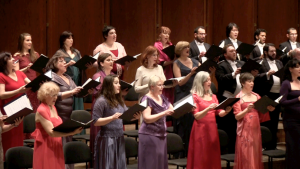 Last Friday I had the honor to perform with National Chorale at Lincoln Center. For those who don’t know this choir, let me briefly describe it:

Great singers, awesome atmosphere, an outstanding conductor and the repertoire is just the BEST.

The concert was entitled “A Gershwin Celebration”. It was “an evening of music by the celebrated American composer, including A Tribute to Gershwin, Rhapsody in Blue, interpreted as “a musical portrait of New York City” and stunning, exciting and moving selections packed with human emotions from Porgy and Bess.”

“The National Chorale, New York’s premier professional choral company, will be celebrating its 49th Lincoln Center Season during 2016-2017, with infrequently performed works, and its continuing series of 20th-century American Classics.

Founded in 1967, the National Chorale is the only professional choral company in the United States to have established and maintained an annual subscription season in the major New York City concert halls – 49 seasons in David Geffen Hall (formerly Avery Fisher Hall) with additional concerts at Carnegie Hall. The Chorale presents a broad repertory of choral-orchestral works; seldom-performed works from many stylistic periods; opera-in-concert; American music theatre; and contemporary works, including commissions by the Chorale for its Lincoln Center Season.”

I am truly happy with the opportunity to work for such a great organization. Also, it was my debut at Lincoln Center.

For more info about the choir, please, visit www.nationalchorale.com​