SAUDADE. According to Wikipedia, “Saudade is a Portuguese or Galician word that has no direct translation in English. It describes a deep emotional state of nostalgic or profound melancholic longing for an absent something or someone that one loves.”
In April of 2014, I was thinking about writing a piece that could touch people’s heart. A piece that could speak to anyone’s soul. Inspired by this beautiful word from my native language, and by the willing to say something I wrote “The Five Stages of Loss”.
I based the idea of this work on the attempt to express each of the emotional stages that someone may experiences when faced with impending death or death of a beloved one. The five stages are denial, anger, bargaining, depression, and acceptance. Those emotional stages together are known as the Kübler-Ross model. This model was first introduced by Swiss-American Psychiatrist Elisabeth Kübler-Ross in her 1969 book, “On Death and Dying,” and was inspired by her work with terminally ill patients. I wrote one song per emotional stage, and I wrote the texts based on what someone experiencing one of those stages may feel, think, and say. In honor to all of those who are gone, I have dedicated this work to all of those who lost someone in their lives.
Then, I decided to offer this work to the Universe. You know, this is just something that I have learned to do. The Universe has given me so many good things… I need to express my gratitude, and the best way that I found to do this is sharing some of my music with everybody. I posted the scores and the sound samples on my website for free downloading, and I promoted this offer in all my social media. A couple of days after, Jay Dougherty (Professor of Choirs, Metropolitan State University of Denver) sent me a message telling he would like to program my piece. Then, after exchanging some emails, I am glad to announce that next Saturday November 1st, “The Five Stages of Loss” will be premiered by the Women’s Chamber Choir from Metropolitan State University of Denver! The picture above was taken by Mr. Dougherty about three weeks ago in one of the rehearsals for this concert. I am sure that this concert will be a blast! I couldn’t imagine that I would receive such a gift from the Universe so quickly. I posted my music in May, and in November it will become real for the world! It is already real for those who are rehearsing it, and I am so thankful for this. Thank you Jay, Women’s Chamber Choir, Metropolitan State University of Denver, performers, and all of those who are involved in this concert. I hope this work can honor the memory to all of those who are already gone.
King’s Center Concert Hall on the Metropolitan State University Denver campus on November 1st at 7:30pm.
http://www.msudenver.edu/music/ 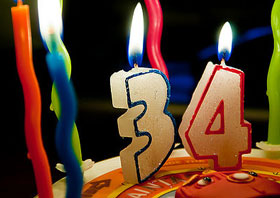 Last Sunday October 12th was my Birthday. For my entire life I have never liked this day. This date reminds me that I am getting older, that I have even less time to pursue my dreams, to become a better musician, and to stay here in this world. For the past few years I used to organize remarkable celebrations to push the depression away. Last year I even organized a concert with my musician friends! But this year, because of my busy life, I didn’t organize any special event. So, the terrible day came last Sunday. I worked, I had lunch, I studied, fed my cat, watched my favorite cartoon (American Dad!), and you know what? It wasn’t that terrible at all! It was just another day, just like any other day. Everything was inside my head. I realized that every single day I am getting older, and I have less time to do anything anyway. There is no such a thing like 365 days cycle at all, this is an illusion. I have lived such a wonderful life surrounded by love, adventures, and music, and the fact that I am not the youngest anymore doesn’t need to bring me down so easily. With that in mind, I started my week putting less weight on my shoulders and feeling much better. It is sad, but it is true: everybody will die someday! We have to keep working and keep doing things, but no rush. Who cares how old are you if you are happy with yourself? Everything that is determined to be ours will find a way to come to us sooner or later. Remember, birthday is just a reminder of your currently age. Age is just a number, and numbers weren’t made to determine who we are. 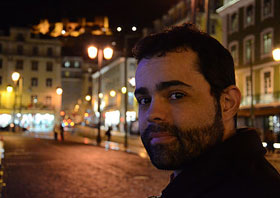 Hi everyone! This is my first post of my new blog on my official website! Here I will share with you some thoughts, cool stuff, and of course, music. For now that is not much more to say, but stay tuned for some really cool stuff about to come! Thanks for all your support!